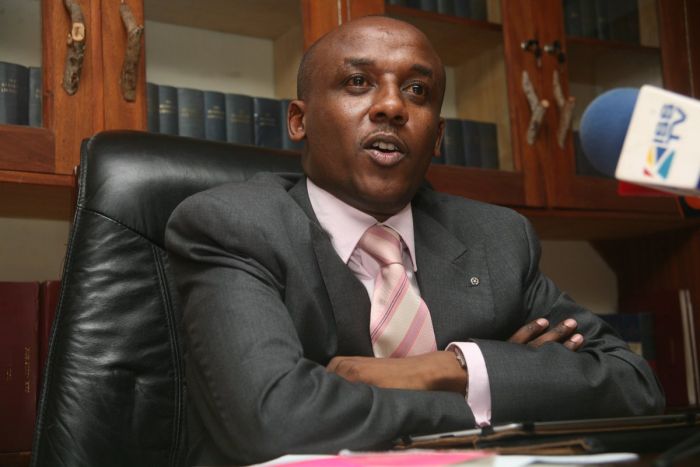 Atwitter clash on dams projects investigations took rise fast between two politicians with dams being constructed in both their regions of leadership.

It all started when Elgeyo Marakwet senator Murkomen Kipchumba, who doubles up as the majority leader in the Senate, posted a picture of alleged Thwake Dam in Makueni County, claiming it had stalled three years after a down payment of Sh7.8 billion was made to the contractor. The senator questioned how far the DCI had gone with the investigations.

The conversation found its way to Citizen TV’s JKL show, where Machakos Governor Alfred Mutua was being hosted by Jeff Koinange. Governor Mutua claimed Senator Murkomen was misleading the public, saying construction on the alleged stalled dam is underway.

In a harsh rejoinder targeted at Murkomen, Makueni senator Kilonzo claimed the senator was lying to the public. According to Kilonzo, the site appearing on Murkomen’s post was not the actual location of the dam.

“I am embarrassed to inform you that picture on your post is not the site of the dam. The Thwake dam is at the confluence of two rivers – Athi River and Thwake River. I thought you should know, ” Kilonzo said.

However, seemingly unmoved Murkomen claimed the senator had brought in more facts about the saga.“I am glad you have not controverted anything. You have just added more facts,” Murkomen said.

In defense, Kilonzo said he had supporting documents to back his sentiments.

“For the avoidance of doubt, I have BQs, project proposal, EISA report and schedule of payments to majority PAPs and a letter showing why the balance is yet to be paid. Tell me where to drop the dossier,” he said.